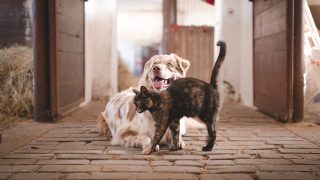 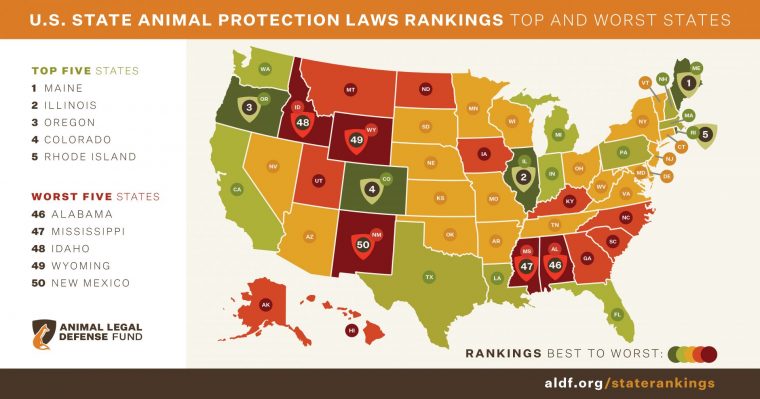 The most improved jurisdictions this year were Iowa (38) and Northern Mariana Islands (ranked 5th out of the 6 United States territories). Both enacted comprehensive animal protection legislation in 2020. Previously, Northern Mariana Islands did not have any animal protection laws whatsoever, and they have now laid a foundation of broad protections. Iowa was previously ranked 49th but rose 11 ranks in 2020 by thoroughly updating its protections for certain categories of animals.

The Rankings are based on a comprehensive review of each jurisdiction’s animal protection laws, including over 3,000 pages of statutes. This is the longest-running and most authoritative report of its kind and tracks which states are taking animal protection seriously.