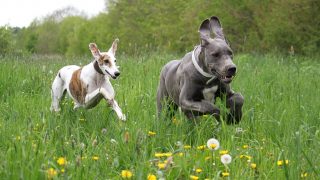 Pennsylvania Court: Neglected Puppy Does Not Have to Return to His Abuser 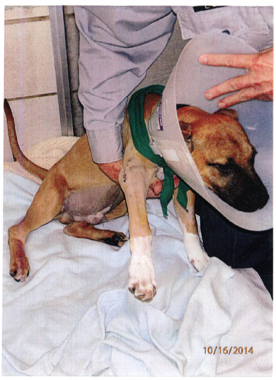 Great news for a pit bull puppy named Luke—last week, a Pennsylvania court decided that he does not have to return to his abuser! In Commonwealth v. Kuhns, the Superior Court of Pennsylvania affirmed the legitimacy of using contraband forfeiture rules to prevent seized animals from going back to owners who subjected them to unlawful cruelty. Derivative contraband is now one more legal strategy that animal advocates, prosecutors and law enforcement can add to their toolbox to protect animal victims where the criminal justice system falls short.

The case in question involved Luke, a pit bull puppy. In 2014, Luke, then six months old, suffered a shattered shoulder allegedly at the hands of his owner. Law enforcement subsequently seized Luke, charging his owner with animal cruelty. At trial, however, a key witness’s testimony was different than her earlier statements regarding how Luke’s injury took place: his owner was acquitted—and demanded that the state return Luke. The prosecutor, concerned at the prospect of Luke returning to the environment where he was so seriously wounded, worked with the Animal Legal Defense Fund to develop a unique legal argument that would ultimately succeed in preventing Luke’s return.

Our ‘derivative contraband’ argument—which requires a much lower standard of proof (preponderance of evidence) than that of a criminal case (beyond a reasonable doubt )—focused not on how Luke’s shoulder came to be broken, but rather neglect: specifically, on trial testimony establishing that the defendant failed to get Luke the immediate veterinary care that his severe injury required. The argument’s second stage applied Pennsylvania’s contraband law: if the defendant sufficiently involved Luke in an unlawful act, that would, in turn, make Luke derivative contraband—which law enforcement has no obligation to return. In short, the strategy was to argue that a preponderance of the evidence showed (1) the defendant had engaged in a specific episode of unlawful animal neglect; (2) as the subject of that specific neglect, Luke was integrally related to that unlawful act; (3) Luke should therefore be declared contraband; and (4) as contraband, the defendant could be ordered to forfeit Luke.

The trial court agreed with our analysis, ruling that Luke was indeed contraband, and ordering him forfeited from the defendant owner. The defendant appealed to the Superior Court, and the Animal Legal Defense Fund filed an amicus (‘friend of the court’) brief in the case. In its amicus, the Animal Legal Defense Fund argued not only that the trial court had properly applied Pennsylvania’s contraband rules, but that so long as the law treats animals as property, it must also be willing to award them contraband status when they are subject to unlawful cruelty. Failing to do so would perversely give the state fewer options on behalf of animals (who suffer when subject to cruelty) than on behalf of mere unfeeling objects.

The Superior Court upheld the trial court’s ruling: Luke had been subject to 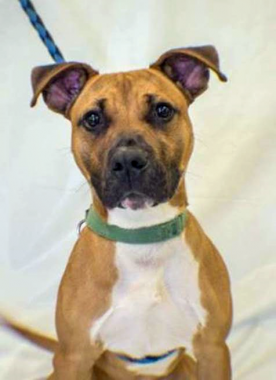 unlawful neglect, which allowed him to be designated contraband, and appropriately forfeited. Crucially, the Superior Court found the defendant “unreasonably risked harm to [Luke] by exhibiting indifference to the consequence of [his] injury. Likewise, [defendant] failed to take the necessary steps to care for [Luke] at the time that care became necessary. The symptoms displayed … required immediate medical attention….” In other words, the obligation to provide one’s animal with timely care rises in direct proportion to the severity of the animal’s injury—and a “wanton or cruel” failure to provide such care can result in the animal being forfeit.

We salute the great work undertaken on this matter by Lycoming County Assistant District Attorney Melissa Kalaus and late Humane Society Police Officer Lawrence Woltz. HSPO Woltz conducted the investigation of Luke’s injury and unlawful treatment, and ADA Kalaus argued the case at trial and handled the state’s response on appeal. Luke has since been adopted, and is very happy in his new home. Without the dedication to the cause of justice exhibited by HSPO Woltz and ADA Kalaus, Luke would not enjoy the safety and security he does today!