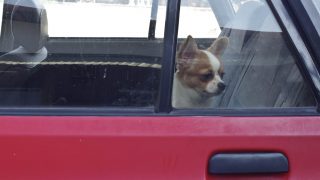 On the heels of similar legislation passed last month in Massachusetts, California Governor Jerry Brown has signed into law AB 797, the “Right to Rescue Act,” which amends existing law to grant legal immunity to citizens who break into a hot vehicle to rescue a confined animal judged to be in imminent danger. The bill was introduced after several dogs died in hot cars in California this year.

It was already a crime in California to leave an animal in a closed car on a hot day, but this law goes further in empowering bystanders to take action to remove the animal from a locked vehicle without fear of being sued or charged with property destruction or trespass. In order to be shielded from criminal and civil liability, the citizen must act in good faith, contact law enforcement first, and reasonably believe the animal is in immediate peril, among other conditions.

Assemblymember Marc Steinorth, one of the bill’s co-authors, said that while he hopes the law never has to be used, “in an emergency, good Samaritans should be confident that they won’t be sued for taking heroic actions to rescue a pet.” He said the bill is also about spreading awareness both of the danger of hot vehicles and that it is already illegal to leave an animal in harmful conditions.

This law excludes farmed animals: “Nothing in this section shall be deemed to prohibit the transportation of horses, cattle, pigs, sheep, poultry, or other agricultural animals in motor vehicles designed to transport such animals for agricultural purposes.”