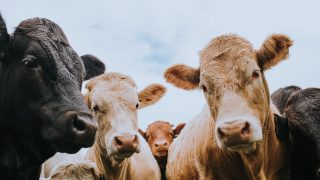 SAN FRANCISCO — Today the Animal Legal Defense Fund announced the U.S. District Court for the Northern District of California ruled in favor of Miyoko’s Kitchen (Miyoko’s) in a lawsuit focused on the company’s use of terms like “butter” and “dairy” on product marketing and labeling. The company was granted a preliminary injunction in 2020, which allowed Miyoko’s to maintain its labeling practices while the case continued without fear of enforcement by the California Department of Food and Agriculture (CDFA).

The lawsuit was prompted by a CDFA’s enforcement letter instructing the company to stop using terms like “butter” on its products — even with qualifiers like “vegan” and “made with plants” — alleging it violated U.S. Food and Drug Administration (FDA) labeling regulations. The agency even instructed the company to remove its mission statement, “Revolutionizing Dairy with Plants,” and refrain from truthfully saying its products are “lactose-free” and “cruelty-free.”

“The CDFA’s attempt to censor Miyoko’s from accurately describing its products and providing context for their use is a blatant example of agency capture,” says Animal Legal Defense Fund Executive Director Stephen Wells. “The fact that animal-milk producers fear plant-based competition does not give state agencies the authority to restrict one industry in order to help another.”

“Using words such as ‘butter’ and ‘milk’ in the context of even products made from plants and not from animals is common parlance among consumers in the modern world,” says Miyoko’s founder Miyoko Schinner. “Food is ever-evolving, and so too, should language to reflect how people actually use speech to describe the foods they eat. We are extremely pleased by this ruling and believe that it will help set a precedent for the future of food.”

Using qualifiers to provide context for regulated terms, such as milk and butter, is an approved practice by the FDA and included in guidance materials published by the agency.

For years, the dairy industry has taken the position that terms like “cultured vegan butter” and “plant-based cheese” on plant-based dairy products confuses consumers, without any evidence to support that claim.  Increasingly, consumers are avoiding animal-based dairy due to animal cruelty, environmental impacts, and interests in eating a healthier diet. Attempts to prevent plant-based dairy companies from using descriptive terms is nothing more than animal-industry protectionism in response to shifting consumer preferences.

The Animal Legal Defense Fund has been at the forefront of demanding and enforcing fair regulation of plant-based foods — challenging animal agribusiness’s aggressive lobbying to strongarm state and federal lawmakers and regulatory agencies into prohibiting plant-based producers from using commonly understood terms in their marketing and packaging.

The Animal Legal Defense Fund currently represents the interests of both plant-based and cultivated meat — meat produced from animals’ cells, without having to raise and slaughter animals — producers litigating the constitutionality of restrictive labeling laws and ensuring a level playing field for regulation of all products.