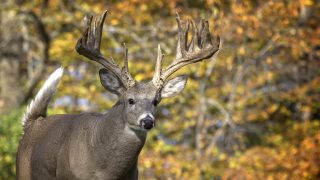 Poaching—the illegal killing or harming of wildlife—is a serious problem in the Commonwealth. There are nearly 1,500 known violations of Massachusetts hunting, trapping, and fishing laws each year. These violations include killing protected species and killing animals out of season. The animal victims of poaching, often injured or orphaned, turn up too often at Massachusetts wildlife rehabilitation centers.

Pending legislation would modernize penalties for illegal hunting and allow Massachusetts to join the Interstate Wildlife Violator Compact, ending the Commonwealth’s status as a safe-haven for convicted poachers whose hunting, trapping, or fishing licenses have been suspended in any or all of the other 48 Compact member states.