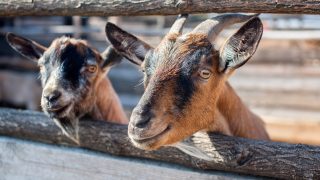 The Massachusetts Supreme Judicial Court has allowed a ballot question addressing the confinement of farmed animals to move forward, ruling against a constitutional challenge in a unanimous decision. The initiative would prohibit confining farmed animals in cages so small they cannot comfortably stand up, lie down, turn around, or move their limbs. It would also ban the sale of meat and eggs resulting from these practices outside Massachusetts.

The lawsuit argued the ballot question was unconstitutional because it included “multiple unrelated subjects” (confinement and sales) and addressed three different types of animals.

In ruling against the plaintiffs, the court found that the confinement and sale provisions are related because they “share a common purpose of preventing farm animals from being caged in overly cramped conditions” and that the ballot question treats all three animals the same way.

Ten states in the U.S. have banned the confinement practices at issue in Massachusetts: battery cages for egg-laying hens, veal crates for calves, and gestation crates for pigs. Although only one farm in Massachusetts currently uses battery cages, and none use veal crates or gestation crates, the provision banning the sale of products resulting from these practices would have a greater impact.

So far, only California has passed a law banning the sale of eggs from hens kept in cages, and no state has banned the sale of meat products from confined animals. This legislation would go further than any similar law in the U.S.