The Animal Legal Defense Fund would never be able to use the law to advance the interests of animals without the support of legal professionals nationwide. In this continuing series of spotlights, ALDF salutes attorney Jerry Simonelli. 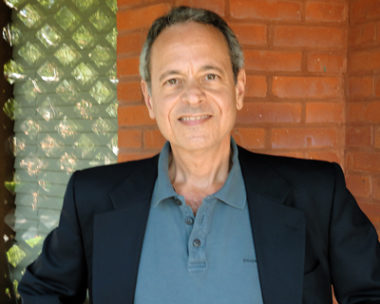 Students are the future of animal law, and ALDF is thrilled about the animal law courses Jerry Simonelli is offering at both the University of Windsor, in Canada, and at Wayne State University, in Detroit, Michigan. Many of Jerry’s students will go on to become judges, legislators, and lawyers in animal law. As both an attorney and a law professor, Jerry says “animal law courses can provide the building blocks of an extremely rewarding future. A foundation in animal law can bring fundamental changes to the treatment of animals.”

While numerous universities offer animal law courses, Jerry’s courses are an innovative mix of traditional areas of the law with cutting edge legal developments, such as animal trusts and non-economic damages for animals themselves in death or injury cases. In his courses, students consider legal theories that reevaluate legal issues in the context of changing social values. For example, by considering historical wrongs to “rights” of women, slaves, and homosexuals, students learn of historical injustice supported by state and U.S. Supreme Court decisions. “This perspective can give students a sense of optimism,” Jerry explains. “For if the greatest legal minds one hundred years ago could get it so wrong, maybe we really can improve the fundamentals of animal law.”

Animal protection is really a social justice issue, Jerry says. “Unlike the human subjects of social justice issues, however, animals can’t speak for themselves. We view ourselves, in this movement, as being the voice for animals.” Other topics in his courses include the ways that animal cruelty impacts humans, for example in environmental and public health issues resulting from factory farming, as well as the evolution of thought on anti-cruelty laws, and how international law affects what the U.S. does domestically. At the end, students consider the variety of perspectives on the role lawyers play in animal rights issues, and theories of the future of animal law.

After law school, Jerry served as legislative assistant to a top ranking U.S. Congressman, and later was elected to the Connecticut House of Representatives, where he served on the Finance, Environment, and Government Administration Committees. Public issues and public service have been a life-long interest for him, and he has always been politically active. From 2005-2008, he served as advisor to the co-chair of the Congressional Friends of Animals Caucus, which worked to develop animal protection legislation.

Jerry’s protection activities also include membership on the Animals and Society Institute’s Board since 2004, the animal law committees of the American Bar Association and District of Columbia Bar Association Animal Law Committee, and the Advisory Board of Jazzpurr Society for Animal Protection.

Over the course of his distinguished career, Jerry’s legal writings have been published in the New York Bar Journal, District Lawyer, and Case and Comment. His influential article “Non-Violence and the Animal Rights Movement” was re-published by the Animal Legal & Historical Center at Michigan State University, as well as in American Vegan and Animals’ Voice. This article, which advocates for removing violence from the animal rights movement, and hatred from our hearts, has deeply impacted law students. Jerry is student-centered teacher, as demonstrated by the support he receives from students.

Students are certainly a crucial factor in getting animal law classes started. The Student Animal Legal Defense Fund chapters (SALDF), along with student liaison Nicole Pallota, were behind Jerry all the way. “Student groups built these courses from the ground up” Jerry says, and notes that at both universities the administrations were also extremely helpful. “We found that once a school has a SALDF chapter, the animal law course often follows because the students organize and ask for it,” says Pamela Hart, director of ALDF’s Animal Law Program. “The students are really the driving force of this movement.”

ALDF works hard to support animal law students and innovative law professors like Jerry Simonelli. “Having ALDF’s resources were invaluable” Jerry says. For example, the list-serve ALDF provides for law professors allows professors to communicate with each other and share materials, while ALDF’s website provides sample syllabi and other resources that can be helpful to professors developing new courses. “It is amazing to have this absolutely wonderful resource available throughout the whole process,” Jerry says.

Jerry divides his time between the Washington, D.C. area and Windsor, Ontario and looks forward to teaching a course that compares animal law in the U.S. and Canada.