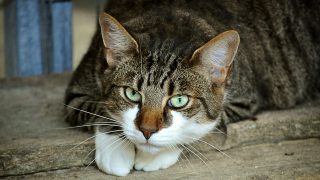 An all too common dilemma when serving a search warrant in animal neglect cases: “What about those animals who do not yet show physical signs of neglect?

In mass neglect (hoarding) cases, it is common to find that the physical condition of the victim animal population spans the spectrum, from dead and near death to those animals who, for a variety of reasons, do not yet show manifest signs of neglect. Can these “healthy” animals be seized as evidence in the case?

In some states, like California, there is some favorable language from the appellate courts supporting the view that all animals should be impounded, not just the ones who are currently showing physical symptoms of neglect. In People v. Speegle, 53 Cal. App. 4th 1405 (1997), the court had this to say in the context of construing  Cal. Penal Cod § 597(f) to allow recovery for the cost of caring for all seized animals, not just those subject to prosecution:

In the panoply of statutes from section 596 through 599f, the Legislature has manifested an unmistakable intent to prevent cruelty to animals (cf. People v. Untiedt, supra, 42 Cal. App. 3rd at p. 554) and to provide for the removal of animals from the custody of those not fit to keep them. We thus interpret the present statute as allowing the removal of all animals in the keeping of a defendant found to be capable of cruelty, regardless of whether the other animals have been victims of a violation of the statute, as a rational means of ensuring the safety of the other animals.

To limit the impoundment power under the statute (as the defendant would interpret it) would have the result of requiring an unwieldy prosecution of a separate count for every animal (much like the initial 70-odd page information in this matter) in order to remove them from abusive conditions. We reject the proffered interpretation.” People v. Speegle, 53 Cal. App. 4th at 1418 (1997) (emphasis added).

Admittedly, Cal. Penal Code § 597(f) is a post-conviction law and therefore not directly controlling of the frontend seizure issue. However, the public policies underlying the court’s reasoning coupled with the court’s finding as to the legislative intent are most certainly applicable.

Moreover, when one reads Speegle in context with Cal. Penal Code § 597(b) which includes within the state’s statutory definition of for the crime of animal neglect any person who “having the charge or custody of any animal, either as owner or otherwise, subjects any animal to needless suffering…” it’s not a giant leap of logic to conclude that “needless suffering” can, and often does, occur without any perceptible change in physical condition (at least this is true in the short run)–even if the chargeable “suffering” is currently limited to only physical rather than emotional suffering. (As an aside on the issue of animals having emotions, there’s a developing body of research now supporting the view that dogs have the capacity to understand fairness and experience jealousy–more on that topic in another blog post).

So, with a basic understanding of the dynamics of a hoarder’s behavior and some careful attention to drafting both the affidavit in support of a search warrant and the warrant itself, at least in California, this issue can be easily overcome. The Animal Legal Defense Fund’s Criminal Justice Program has sample language for police and prosecutors in need of assistance with this issue.

In those states that, unlike California, lack favorable statutory language and/or a helpful appellate court interpretation of the criminal code, a creative investigator or prosecutor should consider the inchoate crime of attempted animal cruelty to cover this situation.

Surely one has “intentionally taken a substantial step” toward the completed crime of animal cruelty by repeatedly choosing to not supply adequate food or water for the entire population of animals under his or her charge.

By simply including language supporting a finding of probable cause that all animals in a hoarding case are evidence of both the attempted and the completed crime of animal cruelty will justify the lawful seizure of all of the animals and put an end to the needless suffering of not just the worst off but all of the animals at issue.