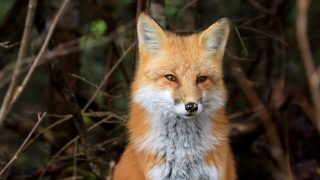 In mid-November, hundreds of prosecutors, law enforcement agents, animal control officers, veterinarians, and others professionally engaged in the fight against animal abuse gathered in Portland, Oregon for the seventh annual National Animal Cruelty Prosecution Conference of the Association of Prosecuting Attorneys (APA).

Each year, the event—conducted in partnership with the Animal Legal Defense Fund—focuses on practical crime scene-to-courtroom and community engagement techniques that can be used to win justice for animal crime victims and prevent future animal crimes.

The conference kicked off with a keynote address delivered by the Honorable Thomas A. Balmer, chief justice of the Oregon Supreme Court. Over the course of his inspiring talk, Chief Justice Balmer framed the issue of animal cruelty in the context of the larger mission of the justice system to do just what it says on the label: affect justice. Though for animal cases the drive for just outcomes begins with the experiences of individual victims, it reverberates throughout the justice system, as highlighted by Chief Justice Balmer’s discussion of Oregon’s seminal trilogy of animal crime cases: State v. Nix, State v. Fessenden, and State v. Newcomb.

In each of those cases, foundational animal crime issues—such as animal sentience, and the fundamental truth that animals are beings, not things—stood prominently along standard matters of criminal law and procedure at trial, the appellate court, and before the Oregon Supreme Court. Chief Justice Balmer also discussed how cases such as Nix, Fessenden, and Newcomb connect beyond just the parties to a case.

Noting the Animal Legal Defense Fund’s influential amicus (“friend of the court”) briefs in these important cases, Chief Justice Balmer explained that amicus briefs can be extremely impactful in helping judges discern the contours of the animal law issues before the court. Legislation passed by law makers—and supported by voters who make animal protection a priority—also plays a critical role: not only do such laws set the terms for how animals may legitimately be treated, but legislative findings—such as the Oregon Assembly’s finding that animals are “sentient” and “should be cared for in ways that minimize pain, stress, fear, and suffering”— send a message to the courts, the decision-makers in these important cases, that animal interests are legally significant.

Hearing from the Experts

Given that animal crime victims are unable to speak for themselves, animal crimes often involve the sort of complexities associated with homicide cases or the abuse of pre-verbal children.

As such, understanding evidentiary issues is crucial to making a successful animal cruelty case. From the utility of bringing forensic accounting to bear on animal fighting rings, to the importance of having access to a forensic veterinarian who can discern the abuse recorded on a victim’s body, to training officers on the front lines of responding to animal cruelty allegations in what signs to look for, conference attendees delved deep into how to secure the solid evidence which can speak the truth of events where an animal victim cannot.

Similarly, conference faculty—including Animal Legal Defense Fund Staff Attorney David B. Rosengard—conducted sessions focusing on how prosecutors can effectively and responsibly litigate animal cruelty cases and communicate to their communities the importance of addressing those crimes.

Jake Kamins, Oregon’s animal cruelty deputy district attorney, discussed the way his position—the first such in the nation—operates to help ensure that all of the state’s counties have the resources and prosecutorial expertise to take on animal cruelty.

Finally, the impact law enforcement agencies and other front-line responders can directly have on animals did not go unremarked: issues surrounding animals seized during criminal investigation saw much discussion, and Animal Legal Defense Fund Senior Staff Attorney Diane Balkin presented on officer-involved shooting of dogs—and how those tragic outcomes can be prevented.

Training Allies to Win the Case Against Cruelty

As the Animal Legal Defense Fund pursues its goal of winning the case against cruelty, we know that having strong animal protection laws and a culture that appreciates the inherent value of animals are only part of the solution: ultimately, responding to animal cruelty requires that laws shielding animals from abuse and neglect are consistently and effectively enforced.

That is why the Animal Legal Defense Fund has worked alongside the Association of Prosecuting Attorneys for years to support the important National Animal Cruelty Prosecution Conference, to arm those on the front lines of animal cruelty—law enforcement officials, prosecutors, veterinarians, and others—with the legal tactics and techniques to secure justice for animal cruelty victims and prevent future victimization.

We look forward to next year’s conference as an opportunity to further the fight against cruelty: if your discipline is one involved in animal cruelty prosecutions, we hope you will join us then!