What is the value of a sentient being? Should our emotional attachments to animals be considered in determining an animal’s worth? In the courts, an animal and a chair are often valued equally. That’s where Fran Ortiz steps in, as she explains in her Animal Legal Defense Fund blog “What is a Dog’s Worth?” 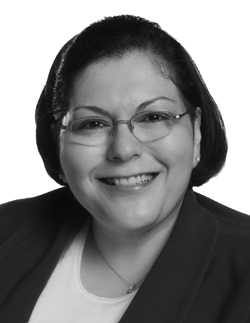 Fran has long been a supporter of the Animal Legal Defense Fund and a scholar of animal law, which is why she decided to draft an amicus brief in Medlen v. Strickland, a recent case in which the Texas Supreme Court was asked whether sentimental value can be taken into account when calculating damages for the loss of an animal. In this tragedy, the Medlen family’s companion animal, Avery, a Labrador mix, escaped from his backyard and was picked up by animal control. Although the Medlens were assured by the shelter that he would be tagged “hold for owner,” he was instead killed.

Such a circumstance is unimaginable for most people who treasure animal companions like family. The Medlens looked to the courts for justice. Under Texas law, plaintiffs receive the market value of property destroyed by a defendant. But when the property has “special” value beyond market value, such as the sentimental value of heirlooms, plaintiffs can recover more. The Medlens argued this rule should apply to companion animals who–it should be obvious–have significant sentimental value that exceeds what they would sell for on the market. The amicus brief Fran drafted on behalf of Texas law professors supported this argument, urging the court to recognize animals’ “special value.”

Unfortunately the Texas Supreme Court disagreed. Nevertheless, as ALDF has successfully argued in another case, companion animals are more than inanimate property. So revaluing animals is a legal fight Fran has no intention of dropping. “If the Texas Supreme Court had recognized sentimental value it would have been another step forward for animals being recognized as more than property,” she says. Under Texas law, the value of an animal comes through an animal’s pedigree and purchase price. But “the problem is in many cases you have an animal that you didn’t pay for, or that you paid very little for,” she says. “I have a mutt and I bought him for 5 dollars, which was just payment for his shots. But the value I hold for him, his sentimental value, is much more than 5 dollars.”

Fran Ortiz holds a JD from Harvard Law School (where she was executive editor of the Harvard Law Review). Since 1996, Fran has been a professor at South Texas College of Law, where she is also the first director of the college’s Animal Law Clinic. The Animal Law Clinic (now in its first semester) reaches out to part-time students as well as full-time, by working closely with the state bar to assist lawyers who are doing animal law cases. Students have assisted with legislative work, homeowner restrictions, and amicus briefs. They also have a litigation fellowship in the works.

In addition to animal law courses and the Animal Law Clinic, Fran teaches property law, natural resources and water law, and has occasionally taught international environmental law. “I’m working harder this year than I did while I was practicing, but I’m loving it. Although sometimes I think, ‘please let me get a full night’s sleep just once!'” Fran laughs.

What keeps her going is her students’ enthusiasm. “Our Animal Law Society [a Student Animal Legal Defense Fund chapter] is just amazing. Their enthusiasm keeps me enthusiastic.” She is impressed. “They’ve held Student Organization of the Year for the last six years. They have two big fundraisers each year, where most of the money goes to an animal-related charity. This year they raised $13,000, which they distributed to three animal charities.”

In addition to fundraising and law clinics, pro bono work is an important part of professional development as an animal lawyer. Fran says it’s also just good to give back. “Giving back and doing work for someone who wouldn’t be able to afford it, or representing your church, or otherwise helping the community, has real value.”

“It’s all animals for me,” says Fran, who lives with three dogs: Jake and Bruno, two rescued cocker Spaniels, and Barney, a Labrador mix.

“We highly value Fran’s expertise and assistance,” said Pam Hart, director of ALDF’s Animal Law Program. “She is a tireless advocate and mentor for young lawyers, and we are delighted to celebrate her dedication to improving protections for animals. You just can’t put a price on that.”

The Animal Legal Defense Fund would never be able to use the law to advance the interests of animals without the support of legal professionals nationwide. In this continuing series of spotlights, ALDF salutes attorney Fran Ortiz.