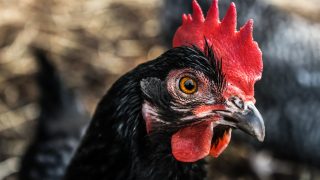 SAN FRANCISCO — Today the Animal Legal Defense Fund filed an amicus curiae (“friend of the court”) brief in a case that focuses on the public’s right to access records under the Freedom of Information Act (FOIA). In the brief, the Animal Legal Defense Fund argues that courts need to carefully review federal agencies’ claims that business information can be withheld from the public.

In the case, Charles Seife, a science writer and professor, is suing the Food and Drug Administration (FDA) for access to information pertaining to the approval process for a controversial human drug. In responding to Seife’s FOIA request, FDA withheld information vital to determining whether the agency acted properly in approving the drug. FDA claimed the information could be withheld under FOIA’s Exemption 4, which protects privileged and confidential information.

Today’s brief urges the U.S. Court of Appeals for the Second Circuit to reverse the lower court’s summary judgement in favor of the FDA, and instead follow the ruling made by the Ninth Circuit Court of Appeals that courts should conduct evidentiary hearings to determine whether information in question is actually privileged or confidential.

Federal agencies must disclose requested information under FOIA unless one of nine exemptions apply. However, agencies frequently defer to private companies’ assertions that information is privileged or confidential and should therefore be redacted. This has led to Exemption 4 being invoked by federal agencies more broadly than intended, allowing companies to hide information that the public rightfully deserves access to under FOIA. This will continue in the absence of clear legal precedent that not only properly clarifies the narrow scope of Exemption 4, but that demonstrates courts will closely scrutinize federal agencies’ use of the exemption.

FOIA continues to be one of the public’s most powerful transparency-forcing tools. Over the past five years, the Animal Legal Defense Fund has filed at least 40 FOIA requests with federal agencies to obtain information about animal industries that thrive in secrecy.