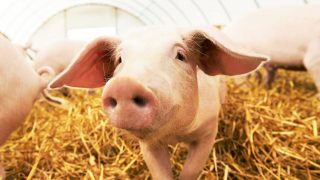 San Francisco, CA — Today a coalition of public interest groups and journalists led by the Animal Legal Defense Fund, People for the Ethical Treatment of Animals (PETA), the American Civil Liberties Union (ACLU) of Idaho, the Center for Food Safety, and Public Justice filed a brief in the United States Court of Appeals for the Ninth Circuit defending the United States District Court of Idaho’s August 2015 decision striking down Idaho’s Ag-Gag law on the ground that it violates the First and 14th Amendments of the U.S. Constitution, which grant freedom of speech and the right to equal protection under the law.

The Ninth Circuit will be the first appellate court in the nation to consider the constitutionality of an Ag-Gag law.

Idaho’s Ag-Gag law is one of the most sweeping laws of its kind, criminalizing “recording” of factory farms and slaughterhouses and prohibiting the use of “misrepresentations” to gain access to an agricultural operation. For example, if an employee on a farm takes a picture without permission of any part of her work – such as animal cruelty, food safety violations, or even a blocked fire escape – she could go to jail. So could an undercover investigator who omitted his media affiliation while applying for a job at a slaughterhouse to expose inhumane and unsafe practices.

The state legislature enacted the law after an undercover investigation revealed rampant cruelty at an Idaho dairy farm. Drafted by the Idaho Dairyman’s Association, the law essentially criminalized investigative journalism.

Last year, the district court found that the law was enacted specifically to stop activists and investigators from being able to go undercover in the agricultural industry and to shield it from public accountability.

“The agricultural lobby convinced state legislatures to enact these laws to stifle whistleblowing and keep the public in the dark about factory farming,” says Animal Legal Defense Fund executive director Stephen Wells, “but we are optimistic that the court will send a strong message to Idaho and other Ag-Gag states that they cannot trample civil liberties for the benefit of an industry.”

“Unsanitary and unethical conditions in factory farms promote the spread of disease in both people and animals, and play a major role in increased antibiotic use and resistance. Idaho cannot shield this industry and deny consumers’ right to know how their food is produced at the expense of public health,” says Paige Tomaselli, attorney at Center for Food Safety.

After the briefing is complete, an oral argument date will be set, and the Ninth Circuit’s decision could be expected sometime next year. Members of the coalition also have lawsuits pending in federal district courts challenging the constitutionality of Utah’s and North Carolina’s Ag-Gag laws.

Copies of the brief are available upon request.