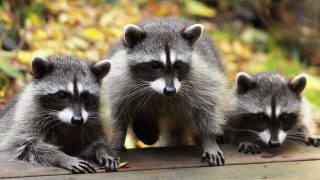 The Animal Legal Defense Fund has joined forces with the Association of Prosecuting Attorneys (APA) and Animal Welfare Institute (AWI) to once again call upon Florida Governor Rick Scott to reassign the case of Dewie Brewton to another Florida state attorney.

Dewie Brewton was a high school teacher in Ocala, Florida. In May of this year, Mr. Brewton violently drowned two raccoons and one opossum, compelling his students to witness and even participate in the act of cruelty. The Animal Legal Defense Fund determined that the allegations would support animal cruelty, solicitation, and child abuse charges; and urged State Attorney Brad King to file charges. Mr. King refused to prosecute, publicly issuing a memorandum explaining his decision—a memorandum which erred in a number of its findings, including a patently false claim that drowning could be considered “humane euthanasia.”