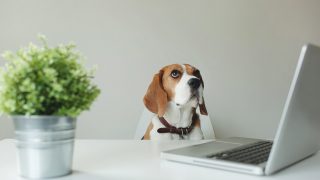 In a victory for due process in dog bite cases, a Florida law passed last year allows guardians of dogs accused of causing serious injury to a person to mount a defense on behalf of the animal to save that animal’s life. An article published in the January 2017 edition of The Florida Bar Journal, “Padi-Waggin: The Tail of One Dog’s Journey from Death Row to Legislative Inspiration for Dog Bite Due Process,” tells the story of how the new legislation came to pass.

House Bill 91, signed into law by Florida Gov. Rick Scott in March 2016, replaced a previous statute that required the automatic killing of, paradoxically, any non-dangerous dog who severely injures a human, regardless of the circumstances of the incident and without giving owners the ability to appeal.

The new legislation allows an “animal control authority” discretion in deciding if a dog should be put to death following a serious bite incident and enables owners to launch a more traditional due process appeal whereby they can introduce mitigating circumstances, such as provocation, to justify the dog’s actions.

The impetus for House Bill 91 was a 2015 case involving a Labrador mix named Padi, who bit a child and caused severe injury to the child’s ear (requiring stitches and reconstructive surgery). Under Florida’s old “dog death penalty” law, Padi would have been killed without considering if the attack was provoked.

Although witnesses said that Padi was defending himself when the child cornered him under a desk, the law as written gave animal control no leeway to consider preceding circumstances.

According to the Bradenton Herald, accounts differ on whether the child lunged at Padi or if Padi lunged at the child first, but all parties generally agreed that Padi had gone into a corner of the office to avoid the child and the child followed.

Padi’s case received widespread attention as his guardian challenged the law in an effort to save the dog’s life. In December 2015, the Circuit Court for the 12th Judicial Circuit voided the statute on constitutional grounds, finding it “arbitrary and unduly oppressive,” and ordered the immediate release of Padi, who had been seized by animal control seven months prior.

In its decision, the court noted that Florida’s laws allowed for the consideration of potentially intervening circumstances when a dog was declared “dangerous,” yet not in situations involving dogs like Padi, who have never been classified as dangerous. The court found this fact “illogical and inconsistent.” According to the opinion:

The court also found the statute unconstitutional because it provided animal control authorities “unbridled discretion” in its decision to categorize a dog as “dangerous” or not, with:

“… No guided authority to select the severity of consequences for a dog’s actions. The Florida Supreme Court has emphasized in numerous cases that unfettered authority granted to a government enforcement agency with no clear, specific legislative guidance is unconstitutional.”

Although the court’s decision only applied in three Florida counties, HB 91 changed the law throughout the state. The Bradenton Herald quoted the bill’s sponsor, Rep. Greg Steube, as saying this case “brought to the forefront a law that is really unfair…if a burglar breaks into your house and the dog bites the burglar, the dog would have to be put down.”

The new law also exempts canines from the “dangerous dog” category if that dog was reacting to certain circumstances that justify the attack, such as if the dog was being tormented, assaulted or abused; if the dog was defending or protecting a human in the immediate vicinity from an unjustifiable attack; or if the person who was seriously injured was unlawfully on the property at the time.

If the dog is deemed “dangerous,” the animal control authority can return the dog to the legal owner with certain restrictions; if a dog is not declared “dangerous,” animal control may no longer automatically destroy the dog if the owner files an appeal during the mandatory impoundment period—even if the dog has killed another human being.

In addition, if a dog has not been declared “dangerous” but the owner knows of the dog’s dangerous propensities and the dog causes severe physical injury or death of a human, that owner commits a misdemeanor under the new law.

Paul Gartenberg, Padi’s guardian and a veterinarian, is hopeful this case will have an impact beyond Florida; he also plans to use his skills outside the veterinary profession to teach children appropriate behavior around dogs. According to an interview in the Bradenton Herald:

“The Padi case has had a ripple effect as Arizona and other states have called Manatee County to rewrite state statutes, Gartenberg said. ‘It’s having an impact nationwide’ he said. Gartenberg hopes to write a children’s book ‘as soon as possible’ about the incident to prevent future ones. ‘I think that was the root of the problem: This child didn’t know how to interact with the dog,’ he said.”

Although breed-neutral laws regarding dangerous dogs and/or reckless owners will always be necessary, the Animal Legal Defense Fund believes these laws must at minimum allow for consideration of the circumstances of the incident and for owners to mount an appeal.

These laws should also be augmented by other approaches, including public education campaigns to teach children and adults how to safely interact with dogs and encourage better understanding of animal behavior.