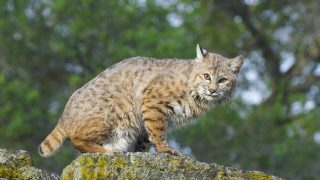 With your advocacy, AB 1788, the California Ecosystems Protection Act, has continued to move through the California legislature – passing the Assembly in May and the first Senate committee in mid-June. This critical bill would ban the super-toxic rodenticides (rat poisons) that are killing California’s wildlife.

AB 1788 is next being heard by the Senate Committee on Natural Resources and Water. It’s critical that the following five senators hear from their constituents in the support of this bill:

Rodenticides are poisoning California’s native wildlife. Rats who consume these poisons are in turn consumed by other wildlife, resulting in secondary poisoning and contamination of the food chain. The bill bans super-toxic second generation anticoagulant rodenticides (SGARs) except for agricultural use or by special permit. AB 1788 also prohibits less potent, but still dangerous, first generation anticoagulant rodenticides (FGARs) on state-owned lands.

Make a brief phone call and ask your senator to support AB 1788 and protect wild animals like bobcats, bald eagles, and Pacific fishers. Use this message: I am your constituent, and I care about protecting California’s wildlife. Please vote YES on AB 1788, the California Ecosystems Protection Act.

Despite the support of countless Californians, the pest control industry is working hard to stop this bill from passing. Without your voice, AB 1788 won’t become law. Please take a few minutes and call today.

THIS ACTION IS FOR CALIFORNIA RESIDENTS ONLY