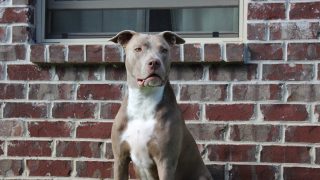 Arrest Made in Puppy-Burning Case!

On January 22, ALDF offered a $5,000 reward for information leading to an arrest and conviction after a Sacramento puppy was found burned to death on a North Sacramento street. The 8-9 month-old puppy had been locked in a dog crate and burned alive. Although this grim case sickens us, we are announcing some great forward movement: thanks to the dedicated work of the Sacramento SPCA, the Sacramento County Sheriff’s department, and the Sacramento Metro Fire department, an arrest has been made.

According to media reports, the suspect, a 20-year old Oakland man named Willie Turner, has been arrested on suspicion of animal torture. Collaboration between the fire department and the sheriff’s department led to the warrant and arrest for the suspected perpetrator of this heinous crime.

On January 21, neighbors reported a trash fire outside the Oak Plains Masonic Lodge on 3010 Becerra Way—the fire turned out to be the burning dog, who may have been heard whimpering or howling before firefighters arrived on the scene and realized the fire was a burning dog.

Under California Penal Code 597(a), a person convicted of maliciously and intentionally maiming or killing an animal can be sentenced for up to three years and/or fined $20,000 for felony animal cruelty. In California, it is at the district attorney’s discretion whether animal cruelty is charged as a felony. We can only imagine the agonizing pain this puppy must have suffered. And studies show that persons who harm animals tend to be repeat offenders and are five times more likely to harm humans too.

Urge your local and state lawmakers to enforce stricter sentences for the most violent abusers.