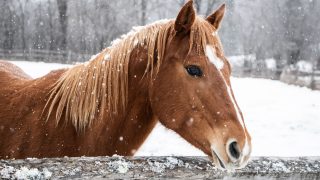 Animal Legal Defense Fund Offers $5,000 Reward in Case of 15 Horses who were Shot and Killed

Reward for information leading to the arrest and conviction of the person or people responsible for the horses’ deaths in Floyd County, Kentucky

PRESTONBURG, KY – The Animal Legal Defense Fund, the nation’s preeminent legal advocacy organization for animals, is offering a $5,000 reward for information leading to the arrest and conviction of the person or people responsible for shooting and killing 15 horses in Floyd County, Kentucky.

Officials say 15 slain horses were discovered on Monday in an abandoned strip mine near the border between Pike and Floyd Counties. Five of the deceased horses belong to residents in the area while the other horses were wild and had occupied the area for years. At least two horses were pregnant and miscarried after being shot.  Officials believe the horses were likely hunted and killed due to the way their scattered bodies were discovered. According to officials, the horses would normally have been found in groups.

“This is a very serious crime, all the more urgent because it seems to have been a calculated slaying of 15 victims,” says Animal Legal Defense Fund Executive Director Stephen Wells. “We commend the Floyd County Sheriff’s Office for their efforts to get justice for all 15 victims in this case and urge anyone with information about this crime to come forward.”

In Kentucky, it is a Class A misdemeanor to intentionally kill an animal. The maximum penalty is up to twelve months imprisonment or a $500 fine, or both.

If you have information related to this incident, please contact the Floyd County Sheriff’s Office at 606-886-6711.