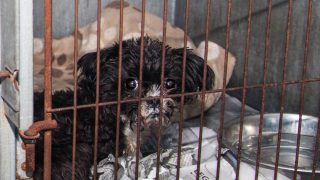 Barkworks has been orchestrating a long-running scheme to defraud unsuspecting consumers by misrepresenting the health and origins of the puppies it sells.

Trusting purchasers relied on Barkworks’ explicit representations that its puppies were “not from puppy mills” and had been examined and treated by veterinarians prior to sale—representations buyers soon learned were false when their new puppies immediately fell seriously ill.

The Animal Legal Defense Fund is expanding its lawsuit, first filed in 2014 on behalf of individual plaintiffs, to add class action allegations after uncovering documents detailing the widespread nature of Barkworks’ deception and hearing story after story of heartbroken purchasers who had to rush their new puppy to the vet just days or even hours after bringing her home.

“The public has a right to know where they are getting their puppies from,” said Stephen Wells, executive director of the Animal Legal Defense Fund. “Barkworks has deceived consumers for years about the horrific conditions suffered by the puppies they buy, sell, and profit from. Dog lovers have a right to the truth.”