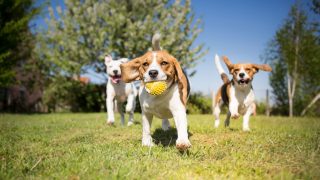 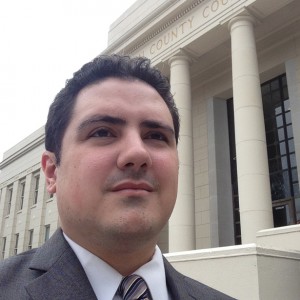 Working behind the scenes and in concert with law enforcement, the Animal Legal Defense Fund has helped secure justice for animal victims in thousands of cases in courts throughout the nation. We’ve shared with you the harrowing stories of dogs poisoned by meatballs laced with strychnine, kittens burned or thrown out windows, and how we’ve worked hard to help fund forensic research to build cases against these savage animal abusers. From our National Justice for Animals Week celebrations, where we honor the nation’s Top Ten Animal Defenders, to our cohosting of the National Animal Cruelty Prosecution Conference, the Animal Legal Defense Fund is serious about protecting animals from criminal cruelty.

Just last year, the Animal Legal Defense Fund awarded a three-year grant to fund and field the nation’s first dedicated, full-time animal cruelty prosecutor. This fully sworn prosecutor—Deputy District Attorney Jake Kamins—is available to handle animal abuse cases for any one of Oregon’s 36 district attorneys. Jake’s sole responsibility is putting animal abusers on trial, and he is based out of Corvallis, Oregon in the Benton County District Attorney’s office. It is a cutting-edge program intended to make sure that no criminal gets off the hook for animal cruelty due to a lack of prosecutorial resources.

Jake knows how important it is to have a dedicated animal cruelty prosecutor. He says, “Animal cruelty cases are technically and factually complex; every animal is different, and I am often dealing with dozens or even hundreds of victims. District attorneys throughout Oregon are facing substantial budget challenges. Focusing one prosecutor’s resources entirely on the issues of animal neglect and abuse ensures that these defendants are held fully accountable.”

Some of the work Jake has done includes a Polk County, Oregon case, in which more than 200 dead or starving alpacas who were discovered in March 2014—the owners were indicted on animal neglect charges. His other cases include:

Animal Legal Defense Fund Criminal Justice Program Director Scott Heiser—himself a former elected Benton County District Attorney—is delighted with Jake’s progress. “When we began this process, I had one goal in mind—to ensure that animal cruelty cases are not among the growing list of crimes that go unprosecuted in Oregon,” Scott says. “Jake’s work and this position is a model to be implemented in other states.” And he notes, Jake’s work “engaging with the courts, prosecutors, and local law enforcement, has been overwhelmingly positive.”

For Jake Kamins, being the nation’s first dedicated animal cruelty prosecutor is challenging but brings its own rewards. “Helping to place neglected or abused animals into loving, stable environments and ensuring that neglectful or abusive animal owners are held accountable” is a big part of that reward. Jake is married with two children and they share their home with an 18-year old cat named Cassie.