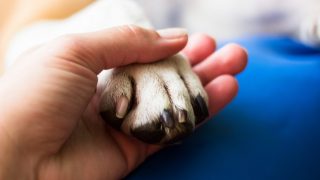 KNOX COUNTY — The national nonprofit Animal Legal Defense Fund (ALDF) is offering a $5,000 reward for information leading to the arrest and conviction of the perpetrator(s) responsible for mutilating two dogs in rural Knox County, Tennessee last week. According to the Knox County Sheriff’s Office, the dogs were found beheaded, skinned, burned, and with broken legs. Their bodies were discovered early Wednesday morning, June 24, at the corner of Jenkens Lane and Canton Hollow Road, just north of Fort Loudoun Lake. Necropsies confirmed that the bodies were dogs.

In addition to $5,000 from the Animal Legal Defense Fund, other organizations—PETA, the Managing Director of the Friends of the Animal Shelter in Newport, the Humane Society of Tennessee Valley, and Ed Loy, with the Fort Loudon Marina—have also contributed, bringing the total reward to $17,000.

Sheriff Jimmy “J.J.” Jones of the Knox County Sheriff’s Office said, “I am hoping with such a large reward that someone will come forward who has knowledge of this heinous incident. We’re also tremendously grateful to these organizations for their support.”

Under Tenn. Code § 39-14-212, aggravated animal cruelty—conduct done or carried out in a depraved and sadistic manner, which tortures or maims an animal—is a Class E felony, which requires a minimum of one year imprisonment (up to six years) in addition to a possible fine of up to $3,000.

“Anyone who would commit such a violent act of cruelty is a real danger to the community,” said Stephen Wells, executive director of the Animal Legal Defense Fund. “We hope that this reward will help to bring these perpetrators to justice.”

Anyone with information that might lead to the arrest and conviction of the person(s) responsible for the killing of these dogs should call the Knox County Sheriff’s Office at 865-215-2461.