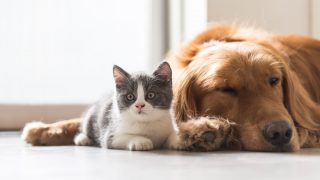 A Minor Setback to Oregon’s “Every Animal Counts” Rule

When animals are neglected or abused, even in large groups, each animal suffers individually. That’s why ALDF has long praised a 2012 Oregon appellate court decision holding that “every animal counts” for sentencing purposes. Under this rule, abusers will be held accountable for every animal they harm. It is judicial recognition of animals as more than mere property, and it is especially important when it comes to hoarding and dogfighting cases. Unfortunately, this rule was vacated in March—but the fix is coming down the pike for animals in Oregon very soon.

Prior to March of this year, it was settled law in Oregon that a trial court, in sentencing an offender who has been convicted of abusing multiple animals, may not merge (aka consolidate) those individual convictions. Rather, the defendant is subject to sentencing on each count involving each animal. The reason for this rule? Under Oregon law, each animal qualifies as a separate victim and crimes involving separate victims shall not be merged. Both the Oregon Court of Appeals and the Oregon Supreme Court so ruled in State v. Nix. The holding that animals qualify as victims was and remains a significant development in the law that has historically treated animals as property.

However, due to a technical jurisdictional defect related to the state’s right to initiate an appeal of a sentence imposed in a misdemeanor case, on March 5, the Oregon Supreme Court vacated both Nix opinions. While this is certainly bad news, it is important keep three key points in mind:

(1) The court vacated the prior two rulings on procedural grounds that had nothing to do with the merits of the merger argument;

(2) The original two Nix opinions are, at their core, statutory construction cases and the rules and analysis employed in reaching the conclusion that animals qualify as victims have not changed one iota;

(3) While trial judges are no longer required to follow the holding in the original Nix opinions, most judges should be able to read the writing on the wall—when the next case raising this issue (minus the jurisdictional issue) is decided (and that case is already in the pipe), it is extremely likely that the Court of Appeals will reach the same conclusion as it did the first time—that animals qualify as victims. Consequently, during this interim period, defendants convicted of abusing multiple animals should not have much (if any) success in attempting to circumvent the “every animal counts” rule.

As noted by the Court of Appeals in its 2012 Nix opinion, by enacting Oregon’s animal cruelty code, the legislature’s primary concern was to protect individual animals as sentient beings, rather than to vindicate the more generalized public interests in their welfare. That conclusion is even more readily reached now, given this language from SB 6, enacted a full year after the Court of Appeals decided Nix:

“The Legislative Assembly finds and declares that: (1) Animals are sentient beings capable of experiencing pain, stress and fear; (2) Animals should be cared for in ways that minimize pain, stress, fear and suffering; (3) The suffering of animals can be mitigated by expediting the disposition of abused animals that would otherwise languish in cages while their defendant owners await trial[.]”

There are no sound arguments justifying a different conclusion in the next case. As such, the Oregon Supreme Court’s decision to vacate Nix due to a jurisdictional defect is, in the practical terms, only a delay in the full implementation of Oregon’s “every animal counts” rule. Stay tuned for updates once the next case is decided.