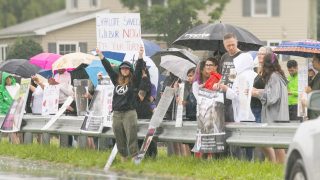 *Legal Disclaimer: The information in the guide is provided by the Animal Legal Defense Fund for educational purposes only. It is not a substitute for professional legal advice, and legal advice and services are not being offered.

The right to protest, demonstrate and speak out is protected in the United States Constitution. The First Amendment to the constitution guarantees the right of people to engage in non-violent speech and assembly, including demonstrations, even if the views they are advocating are unpopular.

However, the government may impose what’s known as “reasonable restrictions” on the exercise of these rights. Keep in mind acts of violence are never protected.

There are limits to the right to free expression. Defamation, obscenity and “fighting words” are not protected by the First Amendment. Here’s what that means:

Defamation: Defamation consists of making untrue statements that damage the reputation of a person or entity. Truth is a complete defense to a claim of defamation.

Fighting words: “Fighting words” are defined as personal insults directed at a particular person or small group of people, inherently likely to create a violent reaction and that play no role in the expression of ideas.

However, if highly offensive words are directed at one individual and result in a fight— for example, calling a man a lying moth**fu****—these words are fighting words not protected by the First Amendment.

These restrictions must not be based on the content of the speech. That means the government can’t, say, require folks advocating on behalf of farm animals only to hold their protests at 2 a.m. on Thursdays, while everyone else may demonstrate at other times.

These restrictions must be limited to what is absolutely necessary to achieve a “compelling governmental interest,” such as protecting the public safety.

These restrictions must provide sufficient alternative ways for people to communicate their message.

Examples of time, place and manner restrictions include:

Time: An ordinance banning loud noises in residential areas during the night.An

These are very common charges used against demonstrators. For example, disorderly conduct may include unreasonable noise, obstructing traffic or refusing a police order to disperse.

Trespass: “Trespass” laws generally forbid you from knowingly going onto private property without the consent of the owner. Trespass laws are also generally considered to be reasonable place restrictions on the exercise of First Amendment rights. And if the owner asks you to leave after giving consent, you must do so immediately.

Curfew Laws For Minors: If minors are participating in a nighttime demonstration, they may be violating curfew laws and the other demonstrators may be charged with corruption of a minor. Be aware that some but not all courts asked to consider these curfew laws have found them to be an unconstitutional infringement on minors’ First Amendment rights. Consult a lawyer to learn more about the law in your jurisdiction.

Penalties: Penalties for violation of time, place and manner restrictions may include arrest, fines and incarceration.

Right of Privacy: The First Amendment does not give an activist the right to violate someone’s right to privacy, which includes the public disclosure of private facts. For example, a website giving unlisted home phone numbers and addresses for the executives of a company that is the subject of protests may violate these executives’ right of privacy.

If at all possible, consult with an attorney regarding the ordinances and regulations that will apply to your demonstration.

Permits:If a permit is required by the city you are in, then you should obtain one and comply with any reasonable restrictions in the permit. Many cities require permits if sound amplification equipment will be used. If you are required to obtain a permit and fail to do so, you will be probably be asked to disband—and if you fail to disband, you may be arrested.

Demonstrating in a private area:If you are planning to demonstrate in a private area open to the public, such as a shopping center, you should check with an attorney regarding your rights if the owner asks you to leave.

Attorney: If it all possible, it is a good idea to have an attorney present during your demonstration to communicate with police officers and to keep a list of individuals who may be arrested.

Videotaping: The demonstration should be videotaped by more than one person so you have a record of the actions of individuals and police officers and any incidents that may occur.

Plan ahead in case of arrest: Plan in advance what you will do in the event one or more of your group is arrested. For example, you should have plans for securing the release from jail of any arrested demonstrators, including the posting of bail. You should also have an attorney lined up to represent anyone who is arrested.

Civil disobedience consists of the intentional violation of a law for the purpose of expressing the belief that the law is unconstitutional or immoral with goal being tried to get the law changed.

There is no constitutional protection for engaging in acts of civil disobedience. Anyone who does runs a high risk that they will be arrested and may suffer the maximum criminal penalties for violation of the laws they’ve broken.

It is an excellent idea to consult with an attorney before engaging in any act of civil disobedience, so that you understand the penalty you will be facing and you have someone ready to defend you in the event you are arrested.

As with all demonstrations, it is a good idea to have an attorney present during any act of civil disobedience, to keep a list of those who may be arrested, and to videotape the event, including any arrest. 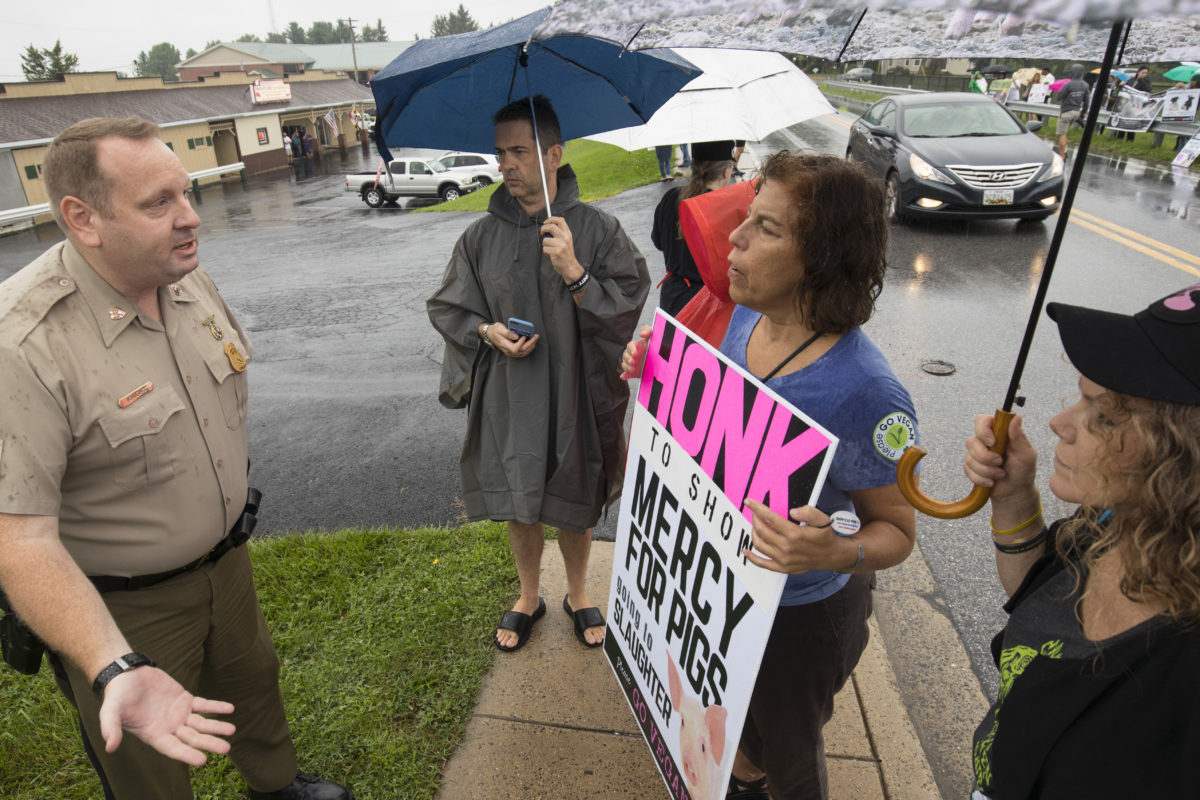 Interacting With The Police

There are some basic rules you should follow when interacting with the police:

When interacting with police officers, you need to be aware of your rights:

The Animal Enterprise Terrorism Act—“AETA”—is a federal law criminalizes some kinds of demonstrations or acts on behalf of animals, and classifies these demonstrations as acts of “terrorism.”

The act makes it a crime designated as “terrorism” to damage or interfere with an “animal enterprise” by:

Here are some key points to bear in mind: