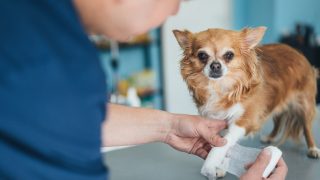 An act relating to veterinarians (SB 21)

For more than a decade, Kentucky has ranked at the bottom of the Animal Legal Defense Fund’s annual rankings report which assesses the strengths and weaknesses of each state and territory’s animal protection laws. The state’s low ranking stemmed, in part, from a statute prohibiting veterinarians from reporting suspected animal abuse—the only state in the nation with such a prohibition. Veterinarians play a critical role in combatting animal cruelty; they are often the only witnesses to animal cruelty and have the expertise to recognize the signs. Without their assistance, it’s more difficult for law enforcement officials and prosecutors to both identify and prosecute animal cruelty in their community.

SB 21, signed into law by Kentucky Governor Andy Beshear in the spring of 2020 and introduced by Senators C.B. Embry Jr. and Morgan McGarvey, remedies this problem and permits veterinarians to report suspected cruelty. Specifically, cruelty to farmed animals may be reported to the State Veterinarian while cruelty to other animals may be reported to law enforcement. This law will go into effect in July.

The Animal Legal Defense Fund lobbied for years for this change in addition to educating the public about the importance of veterinarian reporting in cruelty cases. Our attorneys have collaborated with citizen groups and legislators to introduce and support similar legislation in Kentucky and throughout the country and also offer trainings to help veterinarians to recognize and report animal cruelty.

Learn more about laws regarding veterinary reporting of animal cruelty.