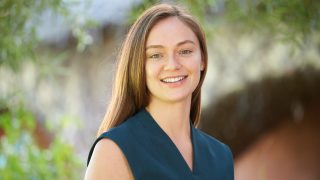 Earlier in her career, Stephanie worked on wildlife protection ballot campaigns in Michigan and Maine, and on various farmed animal protection state legislative campaigns. She also interned at a wildlife rescue and rehabilitation facility after graduating from Franklin & Marshall College, where she studied political science and studio art.

Stephanie shares her home office in Cambridge, MA, with a rescue cat named Hadley. When not working, she can often be found on backpacking or paddling trips, or binge-reading sci-fi novels.