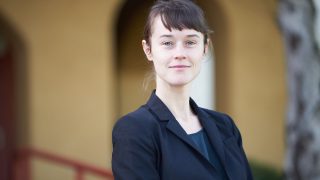 As a staff attorney, Caitlin Foley focuses on a range of civil actions including challenges to unlawful agency actions that impact wild and farmed animals, and suits that seek to hold private actors accountable for their neglect of captive animals used for entertainment.

Prior to attending law school, Caitlin performed disaster relief work and garden-based education as an AmeriCorps volunteer for two years in New York City. Following this, Caitlin spent one year as a college counselor at a Brooklyn public school.

She believes that people have the power to affect change, and as such should exercise it for the good of those impacted by their decision-making.