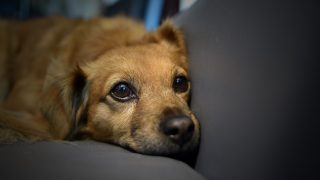 OLYMPIA, Wash. — Today, the Washington State Court of Appeals accepted an amicus (“friend of the court”) brief filed by the Animal Legal Defense Fund in a divorce case where one member of a couple has appealed a ruling allowing the other to have visitation of their marital companion animals, two dogs named Mr. Bear and Kona, on the grounds that it violates Washington State law. The state’s divorce statute does not specifically direct courts how to make custody and visitation decisions for companion animals in divorce proceedings.

The companion animals, who are both 3-years-old, lived with the couple for 18 months before they separated. Upon the couple separating, the dogs have lived with one member of the couple, with the other coming to visit three times a week, to ensure the dogs are able to receive care and attention from both humans who have been pivotal in their early lives. In the initial trial proceedings, the judge in the case noted he understood the emotional ties that both parties have to their companion animals and felt it appropriate that the spouse who is no longer living with the animals be provided an opportunity to continue the visitation agreement previously implemented to have regular interactions while allowing the animals to remain together.

Washington law does require courts to consider the “nature” of the marital property being divided. The brief argues that in order to ensure just and equitable disposition of companion animals in a divorce, Washington courts must account for the animals’ interests and the familial bond that they share with their humans. The amicus brief also explains that courts have the discretion to make visitation arrangements when it is consistent with the interests of the animal and their familial bonds with the humans.

“Though our legal system largely considers animals to be property, we were pleased to see the judge’s initial decision not only taking into account the interests of companion animals, but also including visitation as part of the custody agreement,” says Animal Legal Defense Fund Executive Director Stephen Wells. “The Animal Legal Defense Fund has long advocated, through our amicus briefs, for judges to take into account the best interests of the animal during a divorce, and we urge that the judge uphold the initial ruling to ensure that the needs of these living, sentient beings continue to be met.”

While courts in most states must interpret how laws generally relating to divorce apply to companion animals, some states have enacted specific legislation dealing with animals in divorce. In 2016, Alaska became the first state to pass a law requiring courts to consider the animal’s interests in companion animal custody cases and explicitly authorizing joint ownership. Illinois and California enacted similar legislation differentiating companion animals from other types of “property” in divorce proceedings in 2017 and 2018, respectively.