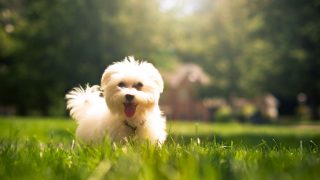 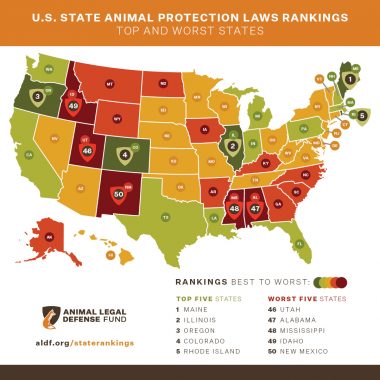 New Mexico earned its lowest spot in the rankings because state lawmakers have yet to pass a number of important, and increasingly universal, protections. For example, New Mexico is one of just two states with no prohibition on sexual assault of animals and also is in the minority of states that do not explicitly allow animals to be included in domestic violence protection orders. Additionally, its definition of “animal” excludes reptiles and wild, uncaptured animals, meaning those animals are not protected under the general animal cruelty statutes.