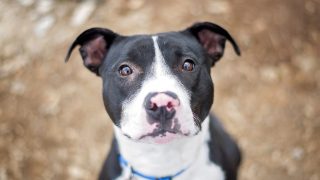 Major Settlement in Case of Dog Shooting by Colorado Officer 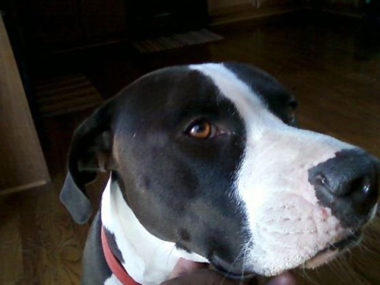 On January 25, the owner of a therapy dog named Chloe who was shot and killed by a Colorado police officer in 2012 reached a landmark settlement over Chloe’s unlawful killing. Commerce City agreed to pay $262,500 to Gary Branson and his family, according to media reports. Officers were allegedly responding to a call about a dog running loose in the neighborhood on November 24, 2012 when they tried unsuccessfully to use a catchpole and a Taser to capture Chloe while her owner was out of town. Officer Robert Price shot Chloe five times at close range, and neighbors videotaped the incident. The officer was charged but acquitted of criminal aggravated animal cruelty in 2013, and the Branson family filed a federal civil suit against Commerce City alleging a 42 U.S.C. § 1983 violation for unlawful deprivation of their property for Chloe’s death.

This settlement is another victory for pet owners in a legal system that categorizes animals as property, a classification that seems like an odd fit when we’re talking about sentient beings. Yet the law does recognize that animals are inherently different from other property—you could smash a table to pieces or light your car on fire without legal ramifications, but doing the same to a dog triggers serious cruelty violations (all 50 states now have felony cruelty laws on the books). Beyond the criminal realm, in cases where animals are wrongfully killed, more courts are recognizing animals’ intrinsic value by awarding damages that exceed the sheer market value of the animal.

The shooting of dogs by police officers is a systemic issue nationwide, with the Department of Justice estimating that about 10,000 dogs are shot by cops every year in the United States. The documentary Of Dogs and Men, which was produced in association with ALDF and premiered at the Austin Film Festival in November 2015, examines this important issue by tracing the stories of families and their victim dogs and interviewing law enforcement. The film includes the story of Chloe from the Commerce City case, and an interview with owner Gary Branson.

While the Branson case may be among one of the larger settlements of its kind in a § 1983 case, it is by no means the largest: In 2012, a Maryland jury awarded $620,000 in a case where two sheriff’s deputies shot a chocolate Labrador named Brandi when they entered the dog owner’s home while attempting to serve a body attachment (similar to a warrant). The jury’s award was later reduced by the appellate court to just over $200,000. Brooks v. Jenkins, 220 Md. App. 444 (2014). In an earlier case, the worst possible plaintiffs (the Hells Angels) extracted more than $900,000 in damages after San Jose officers shot three dogs during the execution of search warrants at multiple locations.

The good news is that awareness is growing that a lack of police training on animal encounters is the root of the problem, and police departments are taking action to change the statistics. More and more departments are adding animal-specific training to their rosters thanks to the work of organizations like the National Sheriff’s Association and the International Chiefs of Police. Further, the Colorado and Texas legislatures have enacted mandated officer training as well.

What should you do if you witness a dog being injured or killed by law enforcement? Visit our resources on “Dogs Shot by Cops: Companion Animals and Law Enforcement” and find out more.