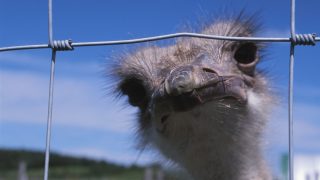 Environmentalism as a Form of Animal Rights

As the field of animal law grows, with more classes, books, cases on file and precedent, many wonder how animal law relates to the field of environmental law, which is similar in many ways. Both fields are relatively new, both reflect an evolution in human thinking that takes into concern a broad array of interests beyond immediate disputes between persons, and both cover similar issues—like the treatment of wildlife. And yet animal law is often seen as less important, a more emotional and less rational response to the suffering of individual animals, whereas environmental law and environmentalism deal with lofty subjects like human health and safety, and the survival of whole species, including our own. Environmentalists are seen as dealing with critical things like climate change, while animal law might be concerned with lesser things like the sheltering of dogs and cats.

The irony is that some ways of thinking about animal rights are more likely to lead to the protection of our own species, and a healthy and safe environment, than traditional forms of environmentalism and environmental law. By focusing their concern primarily on human welfare as it relates to the environment, and how to make the planet healthy, safe and sustainable for a growing number of humans, many environmentalists have become trapped in a never ending debate about what constitutes an acceptable level of risk to humans, whether the science exists to prove such a risk, and how to define what a healthy, safe and sustainable planet looks like. And, given things like the onset of anthropogenic climate change, the ongoing mass extinction of other species, ocean acidification, and a human population set to grow by billions in the next few decades there is no doubt: the modern environmental movement, mired in debates about evidence and human interest, has largely failed.

How would animal rights do a better job of protecting the environment? The view of animal rights as focused on things like sheltering dogs and cats misses the bigger picture. Despite many persons’ fixation on domestic animals the vast majority of nonhuman species avoid humans, and seem to simply want to be left alone in their natural habitat—free of human influence. Despite the fact that we have dragged many species into our human world, and concerned ourselves with their welfare, really protecting the interests of animals may mean ensuring their autonomy from human influence more generally. And if we do that, if we respect the interests of animals to live autonomously and largely free of human influence in their natural habitats, we would have to set a standard for the protection of the earth’s ecology that makes the traditional environmental standards of sustainability, and health and safety, look pathetically meager by comparison. A standard of nonhuman autonomy would never have tolerated anthropogenic climate change, the spread of toxins, or many of the other things that destroy nonhuman habitat while also threatening human well-being.

Many environmentalists wait to see evidence of harm to humans through changes in the environment; they would have done better by protecting animals from the changes themselves. Had environmentalists in the past adopted a standard of nonhuman autonomy, thinking about each animal’s interest in being let alone in their natural habitat rather than humans’ interest in their own welfare, we would ourselves be better off today.  Is it karma that humans’ selfishly ignoring the interests of animals has led to our own endangerment? Who knows—but environmentalists might reconsider the role of animal rights in their thinking, and whether it is possible to protect the environment without protecting—and more importantly freeing—the nonhuman creatures that inhabit it.