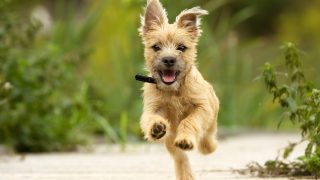 The June ruling in State v. Newcomb holds that when law enforcement legally seizes an animal and has probable cause to believe that animal is being cruelly treated, they do not need to obtain a warrant before a veterinarian can administer a routine blood test to determine the cause of that animal’s condition.

The Oregon Supreme Court ruled that the blood draw did not constitute an illegal search under the Fourth Amendment or the Oregon Constitution. This ruling reversed a lower court decision that essentially equated a companion animal with a closed container.

According to The Oregonian newspaper, in deciding that the owner’s constitutional rights had not been violated by the dog’s blood draw, “The high court noted that dogs are not ‘mere’ property and don’t require a warrant to search internally.

The court differentiated animals from, say, containers or suitcases with drugs or other items stashed inside.”

This decision not only affirmed the trial court’s convicting the dog’s owner of second-degree neglect, but also contains important language about how sentience makes animals unique and different from other forms of property, despite their property classification under the law. Also notable is the extent to which the court said that “the evolving landscape of social and behavioral norms” regarding the welfare of animals influenced its decision.

Many animal advocates argue that the law has not kept pace with changing social norms about companion animals, so this is an encouraging development that signals positive change in the legal system. Animal Legal Defense Fund, which filed an amicus brief in this case, applauds this decision and has written about it in detail elsewhere (see below).