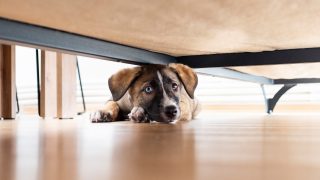 Companion, farmed, and wild animals have been lost, injured, or killed during fireworks displays

For many animals and their guardians, the Fourth of July is one of the hardest days of the year.

Overwhelmed by the sound of fireworks, companion animals may pant, tremble, pace, hide, or even bolt in terror.

Meanwhile, farmed, wild, and captive animals risk injury or death when they run from the frightening sounds.

The Animal Legal Defense Fund advocates in favor of such bans to protect animals and the ecosystems in which they live.

Every July like clockwork, news articles and social media posts are published sharing advice for animal guardians about how to keep their companions as safe and calm as possible on the Fourth of July.

And, every July like clockwork, municipal animal shelters fill to the brim with dogs and cats who’ve escaped their homes and yards, becoming lost as they try to flee the sounds, smells, and vibrations of fireworks.

Multiple studies show that a large percentage of dogs — perhaps more than half — exhibit observable signs of fear from fireworks. Some guardians even seek prescription medication or over-the-counter calming aids to reduce a dog or cat’s anxiety level. 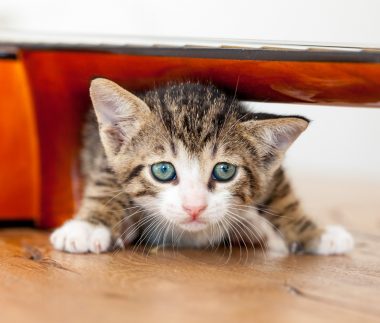 Sheltering organizations and advocacy groups across the country agree that the days around the Fourth of July are the busiest that shelters face all year in terms of animal intake. And this can cause spiraling problems, not least of which is the fact that some animals are never reunited with their guardians.

There have even been sporadic reports suggesting that companion dogs have died after being frightened by fireworks. And it’s not just dogs and cats who face ill effects. A survey of companion rabbits and guinea pig guardians found that a significant number of these animals also appeared to exhibit stress responses during fireworks displays.

As for animals in the wild, they face perils of their own as a result of fireworks. “We know what to expect, but wildlife don’t,” the U.S. Fish and Wildlife Service notes, adding that “[t]he abrupt lights and sounds are often seen as a threat by nesting bald eagles and easily startle great blue herons and other colonial nesting birds.”

A team of researchers in the Netherlands used radar to observe wild birds in the hours around midnight on New Year’s Eve, when fireworks are widespread, over a period of several years — observing large spikes in the number of birds taking off in flight that closely correlated to times of intense fireworks activity.

Animals bolting in panic are at risk of becoming disoriented, running or flying into objects, and facing other perils. In Rome, New Year’s fireworks heralding the arrival of 2021 were met with mass bird deaths of an unknown cause. Also in 2021, a gray fox is believed to have died as a result of fireworks; the frightened animal ran into a road and was struck by a car, causing fatal injuries, in Orange County, California.

Horses, whose well-honed instincts tell them to run from what frightens them, are at risk of injury when startled by fireworks. There have been numerous reports of horses being fatally injured after being “spooked” by fireworks. Cows have even been known to stampede in response to the frightening sounds. 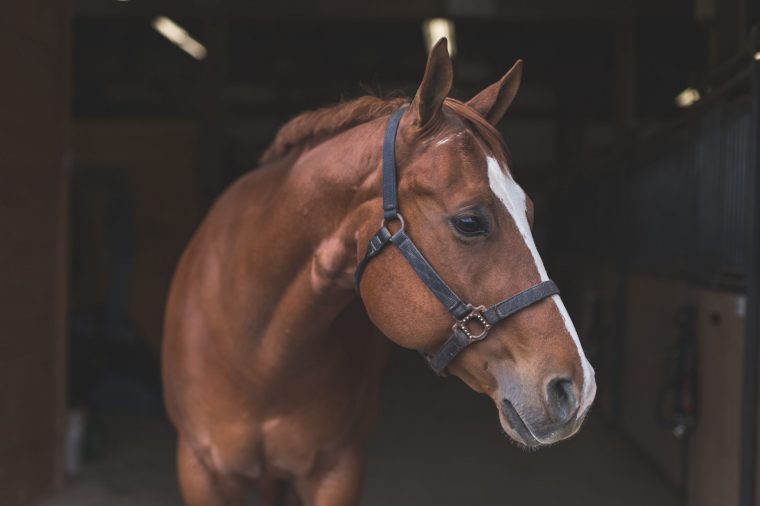 The death of a zebra calf at a U.K. zoo in 2020 was believed to be linked to fireworks; the animal is thought to have run into an enclosure wall in panic.

Additional Problems for Humans and the Environment

Many humans are also bothered by fireworks, including people with post-traumatic stress disorder, those on the autism spectrum, and others with sensory processing challenges.

It’s clear that fireworks cause significant harm — and that harm is compounded by the fact that it’s both unnecessary and completely preventable.

You Can Help Animals

In advance of the Fourth of July, it’s a good idea for animal guardians to take simple steps such as confirming that their animals’ microchip information and ID tags are up to date.

On the Fourth of July itself (and surrounding days, if necessary), guardians can help their animal friends by keeping them indoors at home and playing soothing music or turning on the TV to help drown out the sounds. For companion animals who are especially frightened of fireworks, guardians may wish to consult their veterinarian for additional options.

If your city or county has not yet banned fireworks displays, you may wish to advocate for local legislation to protect animals, the environment, and vulnerable human neighbors alike.