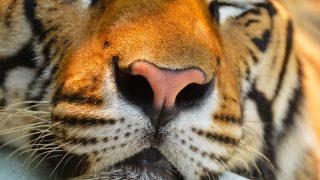 BATON ROUGE, La. – The Animal Legal Defense Fund filed a lawsuit against the United States Department of Agriculture for refusing to recognize a captive tiger as an “individual” whose physical safety is at risk and refusing to expedite the organization’s public records request. The Animal Legal Defense Fund is seeking records under the Freedom of Information Act (FOIA) related to the health and well-being of Tony the Tiger, who has been confined at the Tiger Truck Stop in Grosse Tete for 16 years.

Upon denial of the expedited request, the Animal Legal Defense Fund filed an administrative appeal challenging the USDA’s decision—which was constructively denied based on the USDA’s failure to resolve the appeal within the statutorily required time period.

Both in the administrative appeal and lawsuit, the Animal Legal Defense Fund argues that Tony the Tiger is an “individual” within the plain meaning of that term. Merriam-Webster defines “individual” as “a particular being or thing as distinguished from a class, species or collection,” which Tony certainly is. Merriam-Webster even includes a usage example specific to a tiger: “[t]he markings on tigers are unique to each individual.”

“The USDA is charged with protecting the interests of animals—yet it erroneously excludes animals from the scope of provisions intended to allow prompt public access to information that might be necessary to ensure the safety and protect the lives of the very animals they are responsible for protecting,” says Animal Legal Defense Fund Executive Director Stephen Wells. “The American people have a right to access information quickly when an animal’s life and safety are on the line.”