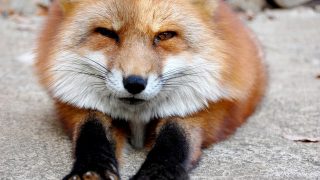 This motion is associated with the lawsuit filed in February against the U.S. Department of Agriculture (USDA) over the agency’s decision to remove tens of thousands of animal welfare records from its website. If granted, the preliminary injunction, now before District Judge William H. Orrick in the Northern District of California, would require the USDA to immediately resume its years-long practice allowing public access to the agency’s Animal Welfare Act databases.

The coalition argues that the USDA’s decision to block public access to the databases violates the Freedom of Information Act (FOIA), and amounts to an arbitrary and capricious action that violates the Administrative Procedure Act (APA).

In the past, the USDA acknowledged that enforcement action records such as complaints are “frequently requested,” and that the database of inspection reports “has been a valuable resource for thousands of stakeholders searching for information about individuals and facilities regulated under the Animal Welfare Act.”

The coalition also argues that their organizations will be irreparably harmed if the USDA continues to block public access to the databases until the litigation is resolved. Litigation often takes years before there is a resolution. During that time, the organizations will be unable to obtain timely information about AWA licensees such as puppy mills, animal research facilities and roadside zoos. This will harm the organizations’ ability to protect animals at these facilities, follow through with institutional commitments, and communicate with the public about important animal issues.

The organizations are represented pro bono by Margaret Kwoka, Associate Professor at University of Denver Sturm College of Law.