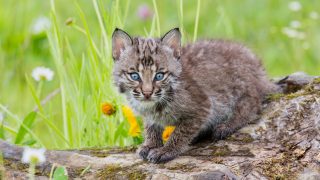 Rodenticides are poisoning California’s native wildlife. Rats who consume these poisons are in turn consumed by other wildlife, resulting in secondary poisoning and contamination of the food chain. The California Department of Pesticide Regulation’s 2018 analysis of 11 wildlife studies determined super-toxic rodenticides are poisoning a wide range of animals including mountain lions, bobcats, Pacific fishers, barred owls, and endangered San Joaquin kit foxes.

Though California banned consumer use of SGARs in 2014, wildlife poisoning has continued. The California Department of Fish and Wildlife’s database of mountain lion deaths reveals anticoagulant rodenticides were found in the livers of 63 out of 68 deceased mountain lions between 2015 and 2016.

The bill now moves to the California Senate for consideration.