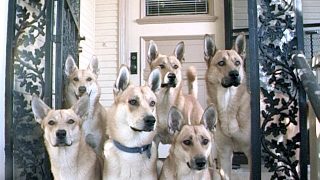 Breeding Operation in Residential Neighborhood Has Long History of Complaints

San Francisco, CA — Today the Animal Legal Defense Fund filed a lawsuit against the owner of California Carolina Dogs for illegally operating a puppy mill. Puppy mills are breeding facilities that prioritize breeding efficiency over the animals’ health or well-being.

California Carolina Dogs is owned and operated by Susan Anthony from a house in a residential neighborhood in Vallejo, California. The property, which has held as many as 50 dogs, has generated numerous complaints of strong odors, flies, dog bites, unsanitary breeding conditions, and dogs running at large.

Today’s lawsuit asks the court to shut down the puppy mill because California Carolina Dogs breeds dogs in violation of state law and local ordinances.

Problems at the house in Vallejo date back years and have continued steadily, most recently including a May 2017 warning from the City of Vallejo Planning Division directing Anthony to cease running an illegal dog kennel operation.

Additionally, dogs on the property are known to leave the fenced yard, running at large in the neighborhood. An officer witnessed one dog nearly get hit by three different cars and notes that Anthony declined to recapture the dog until she’d finished eating. Anthony has also admitted to keeping dogs confined in a car when she believes the weather is cool enough. Even on a 70-degree day, a car’s internal temperature can reach 89 degrees in just 10 minutes.

The Animal Legal Defense Fund is the nation’s preeminent legal advocacy organization for animals and filed this suit on behalf of the Caru SPCA.