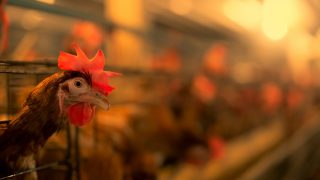 Tell the USDA to Stop Propping Up the Factory Farm Industry

The Animal Legal Defense Fund is urging Sonny Perdue, the U.S. Secretary of Agriculture, to stop bailing out the cruel and unsustainable factory farm industry. While it is always irresponsible for the government to support this industry—which spreads antibiotic resistant bacteria and zoonotic diseases to workers and the public—it is especially irresponsible during a global pandemic.

In mid-April, the U.S. Department of Agriculture (USDA) granted requests for federal funding from the dairy, cattle, and pig industries. As part of the “Coronavirus Food Assistance Program,” USDA will make direct payments of $1.6 billion, $5.1 billion, and $2.9 billion to the pig, cattle, and dairy industries respectively. In addition, USDA will purchase factory farmed animal products to dump into food assistance programs—such as the National School Lunch Program—which will jeopardize the health of marginalized communities.

Factory farms are industrial-scale agricultural facilities that keep hundreds to thousands of animals in high-density confinement, which causes animal suffering on an unimaginable scale. In addition, factory farms harm the environment by using massive amounts of water and producing vast quantities of animal manure and air emissions. These environmental impacts fuel the climate crisis and pollute our air and water, while also generating environmental injustice by sickening surrounding communities.

Join us in asking Secretary Perdue to stop using our tax dollars to support this cruel and unsustainable industry by sending a polite email or letter today.

Use the bullet points below as a jumping off point.