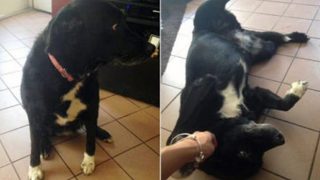 RSVP for Defending New York’s Animals: Bella’s Bill and Beyond

Bella, an eleven-year-old Shepherd mix, was killed by her caregiver on December 23, 2016 in Long Island, New York. He tightened a zip tie around her neck, stuffed her in a garbage bag, and beat her with a metal shovel. Due to the extent of her injuries, Bella had to be euthanized. Despite the seriousness of the crime, Bella’s abuser received only four months in county jail – that’s not justice.

But we need your help to make Bella’s Bill a reality. We’re holding events across New York in March to help gather support for the bill. Join the Animal Legal Defense Fund in New York City, Albany, Syracuse, or New Rochelle for an engaging presentation about Bella’s Bill as well as the basics on how to effectively lobby for animals!

RSVP for each city below!