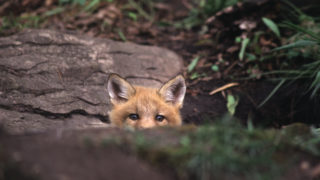 New York animal advocates have a chance to help stop wildlife killing contests — cruel events in which participants compete to kill as many animals as they can. Animal victims may include coyotes, foxes, squirrels, and other species.

Killing contests are not only inhumane — numerous scientific studies have debunked claims that they reduce the populations of native wildlife in the long-term.

The New York Legislature is now considering a bill, A.5746/S.6643, that would prohibit harassing or killing certain wild animals at competitive events. Seven states have already enacted bans on wildlife killing contests, and with your help, New York could be next!

Please urge your state senator to support this important bill by using the form below.