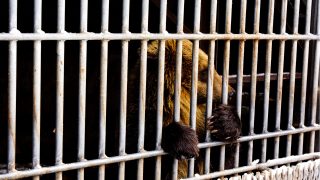 Animals used in circuses lead lives of misery and indignity. Travel, confinement, and being forced to perform tricks deprive wild animals of satisfying their complex physical, behavioral, and emotional needs. Their lives constitute abuse as entertainment.

A bill in the New York Assembly is poised for movement – now is the time for legislators to hear from you.