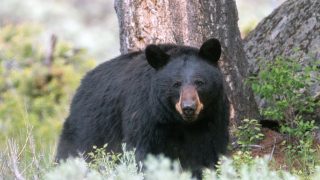 The Missouri Department of Conservation is about to open a trophy hunting season on the state’s still-recovering population of black bears.

Black bears play critical roles in their ecosystem and self-regulate their own populations. This proposal is not founded in science and instead caters to a small minority of trophy hunters. Worse, there are no prohibitions on the killing of unaccompanied cubs themselves, meaning that trophy hunters could target bear cubs who have been separated from their mothers.