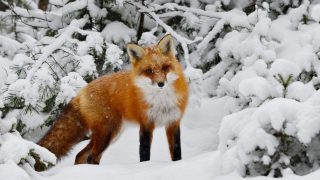 Massachusetts: Say No to Killing Contests

The Massachusetts Division of Wildlife & Fisheries is considering regulations that would prohibit cruel killing contests for certain animals including coyotes, foxes, and bobcats.

Killing contests are a bloodsport – they make a “game” of inflicting suffering and death on wild animals. Contestants compete for cash or prizes for killing the largest, smallest, or greatest number of animals. These events have no place in Massachusetts or any other state.

Submit a comment to MassWildlife urging them to adopt the proposed regulations by sending an email Susan.Sacco@state.ma.us, to the attention of the Fisheries and Wildlife Board. Comments are due by November 12th.

Comments should be in your own words, but you can use these bullet points as guidance. Find additional information about killing contests here.

Thank you for speaking out against cruel killing contests!