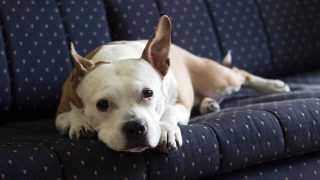 Massachusetts: Help protect puppies and kittens and enhance the issuance of citations for keeping animals in cruel conditions

Please contact your state senator in support of an omnibus animal protection bill, An Act Protecting the Health and Safety of Puppies and Kittens in Cities and Enhancing the Issuance of Citations for Cruel Conditions for Animals (S.2760). This legislation is a redraft from the Joint Committee on Municipalities and Regional Government, pulling from several animal protection bills (S.114, S.1204, H.1757, H.1758, H.1822, and H.1823).

S.2760 would protect animals from unsafe practices and cruel conditions as well as protect consumers adding a companion animal to their family. It also updates archaic language in animal control laws and ensures animal control officers have the tools necessary to protecting animals in the Commonwealth.

Specifically, S.2760 would ensure animal control and law enforcement officers are able to issue civil citations for keeping any domestic animal in cruel conditions, including farmed animals—expanding on the current law that only applies to dogs. It would also establish minimum standards for the protection of dogs and cats being sold to consumers as well as those being kept at doggie daycares, boarding kennels, and breeding kennels.

You can send an email and/or call your state senator using the toggle buttons noted with the icons below. Phone calls have much more impact than emails. If you’re able to make a phone call, please do so.