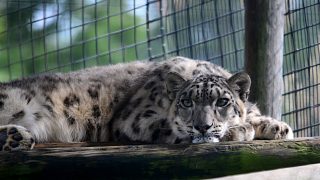 Engage Your Lawmakers on Animal Protection Issues During the August Recess

Meet with your lawmakers and ask them to support animal-friendly legislation.

Every summer, members of Congress return to their home districts during the August recess, and this is a great time to engage with your lawmakers and urge them to support animal-friendly legislation.

Meeting with your lawmaker or a member of their staff can have an enormous impact for animals. As their constituent, you can ask them to sponsor or vote in favor of animal protection legislation, such as bills endorsed by the Animal Legal Defense Fund. Meetings are short, simple, and highly effective!

Find a step-by-step guide to meeting with your elected leaders here.

We recommend that you discuss these two federal animal protection bills with your lawmaker or their staff member during your meeting: